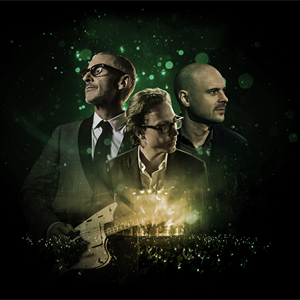 All Above & Beyond: Acoustic performances

This event is for 12 and over - No refunds will be issued for under 12s.

Electronic group Above & Beyond release the third album in their beloved 'Acoustic' series this summer. To celebrate, they're taking their live band to some of the most iconic concert halls in the UK and North America, including The Alexandra Palace Theatre, London's Royal Albert Hall, New York's Radio City Music Hall, The Kennedy Centre in Washington DC, plus the Greek Theatre in Los Angeles and Berkeley. The band includes long-time vocal collaborators Justine Suissa and Zoë Johnston alongside two new voices: Marty Longstaff (The Lake Poets) and Sam Burger (Opposite The Other). "Acoustic III" is set for release this summer on the band's Anjunabeats imprint and will feature reimagined versions of club singles from Official Billboard Chart top three album, "Common Ground".